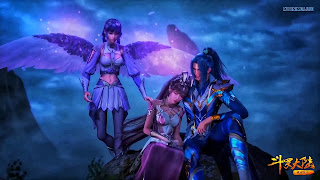 Synopsis: Tang San spent his life in the Tang Outer Sect, dedicated to creating and mastering hidden weapons. Once he stole the secret lore of the Inner Sect to reach the pinnacle of his art, his only way out was death. But after throwing himself off the deadly Hell’s Peak he was reborn in a different world, the world of Douluo Dalu, a world where every person has a spirit of their own, and those with powerful spirits can practice their spirit power to rise and become Spirit Masters.

Background: Douluo Dalu is an adaptation of the Chinese web novel of the same title, written by Tang Jia San Shao (唐家三少).